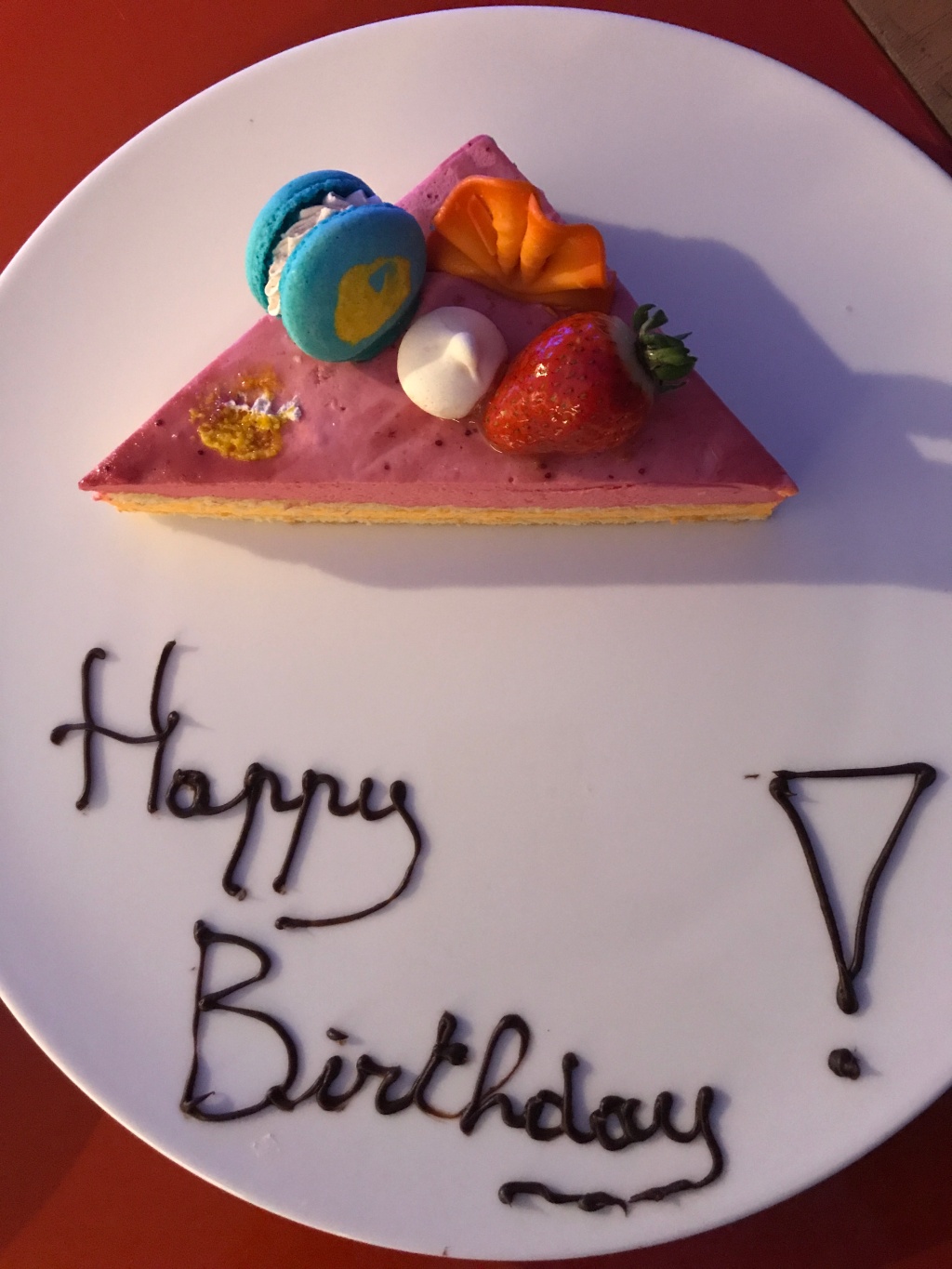 Because I was due to be born on Christmas, my parents were considering naming me “Noelle.” I don’t know if it’s because I came out six days early, but they did not ultimately choose that very on-the -nose moniker. (Other contenders were Esperanza and Gillian, so I guess I was going to have an unusual name no matter what.)

Ask anyone born around Christmastime; it’s an ill-fated time to celebrate anything else. Some say it’s actually a great time because people are in a jubilant mood and can easily be convinced to meet for drinks on almost any day in December. But, the flip side of that reality is people are already out partying a lot. So, it can actually be difficult to nail people down to any specific date and time. Not to mention, people are financially overextended because of all the consumerism associated with the holiday season, so forget getting separate gifts for your birthday if you’re a kid and care about things like that. I learned early on not to care about things like that. Or, at least, not to express that I cared about it to my parents.

I’m not really a birthday person anyway. You know what a birthday person is, right? The people who talk about their birthday like it’s not something that absolutely every person on earth has as well. They expect special treatment on their day, announce it to every person they encounter. “It’s my birthdaaaayyyy.” Sometimes, they wear a tiara or a sash. Often, they celebrate birthday “weeks” or “months.” That’s just not for me.

But, I do have a birthday tradition that I have come to really love.

My brother died three weeks after my 30th birthday; he was 33 at the time. It was one of the most significant moments of my life and it made me realize how much I had taken for granted to that point. I felt like I had only half-lived for too long. So, I made a decision that I would do something important on my birthday every year to mark the passage of time and remind me of what means the most. I would do something completely selfish – only for me. I decided I would spend my birthday in a different country every year for the rest of my life.

Every year, I take a plane to a new place by myself and spend a few days exploring a new country. The only requirements are that I go somewhere I’ve never been before, and I go by myself. On my actual birthday, I try to wear something that makes me feel pretty and I eat a nice dinner all alone, usually with wine or some other drink appropriate to the location. I sit and eat my meal and try to really pay attention to my surroundings and be grateful for the moment. It’s my tradition.

I don’t have kids or a tree or an annual Christmas card with my family wearing matching pajamas. There’s no turkey dinner or presents or chestnuts roasting on an open fire for me. The only tradition I have every year is to wake up in a country I’ve never visited before, breathing air that is different from where I call home.

As I’ve gotten older and my disposable income has become slightly more generous, my birthday trips have gotten a bit more extravagant. But, they’re all special in different ways. Early in my 30’s, when I was living on a bartender’s salary, my trips were mostly short jaunts to the closest Caribbean getaway. A weekend getting high in Jamaica, a surf expedition in Costa Rica, an overnighter to Cancun fueled by margaritas.

Eventually, I could afford longer breaks and more luxurious digs like a retreat in the Andes Mountains in Otavalo, Ecuador or a suite at the Mandarin Oriental Ritz in Madrid. I also got more adventurous in general: doing a 60-kilometer bike ride through Jordan and hiking the Atlas Mountains in Morocco.

People who know me well know that once I made the move from bartending to managing and eventually being a partner, I stopped taking vacations. I used to work a bunch of different gigs bartending and serving, save a bunch of money, blow it all on a trip for a few weeks or a few months and then start the process all over again. When I started managing, I worked non-stop and actually started paying off bills and saving money. I still blow a bunch of money on a big trip, but it doesn’t put me in a financial hole anymore and it only happens once a year – on my birthday. And now, I no longer fly economy.

This year is different.

Not only am I not comfortable with the concept of travel quite yet because of the worldwide pandemic (not to mention that Americans aren’t welcome in many places), but also this is the first year in a long while that I don’t feel very secure financially. The bar is closed again – hopefully for only two months or so – because COVID restrictions and the recession are proving too much for us to sustain. I have to be very conscientious of what I spend because I don’t know when or if we will have a future filled with people gathering in large groups, drinking, and making bad decisions and the success of my business depends on that being a regular occurrence.

My birthday is in a couple days and usually I am getting excited around now, in anticipation of the adventure to come. Deciding what to pack. Composing my “out of office” email. But, not this year. Between the pandemic, my business closing again, and my father passing away, my life is officially on pause.

This year, my passport will not get another stamp. I have no plan to be anywhere except my apartment. I won’t be smelling new air or wearing something pretty. Instead of marking the passage of one more trip around the sun with a trip around the globe, I will be sitting on my couch in sweatpants, probably crying a little. But, I will still try my best to not spend too much time feeling sorry for myself. I will remember to pay attention to what is around me and acknowledge what I do have and try, difficult as it may be, to just be grateful.

Begin typing your search above and press return to search. Press Esc to cancel.